Journeys with No Return 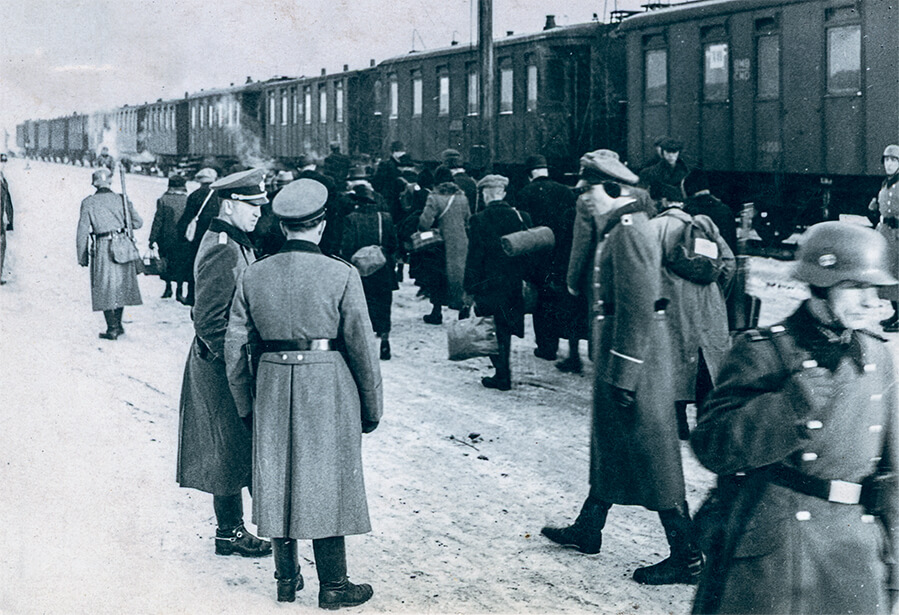 This exhibition focuses on the deportation of Jews from the Protectorate of Bohemia and Moravia, which took place as part of the “final solution to the Jewish question”. In 1939–1945, almost 81,000 of these Jews were deported to the ghettoes in Łódź, Minsk and Terezín and to the concentration, labour and extermination camps in the German-occupied territories of Eastern Europe. More than 78,000 of them fell victim to the Shoah.

“Everything for the last time before the abyss of the war years opened up and all our loved ones disappeared...”

Jews from the Pilsen region boarding a train to Terezín, January 1942.

Ethnographic Museum of the Pilsen Region